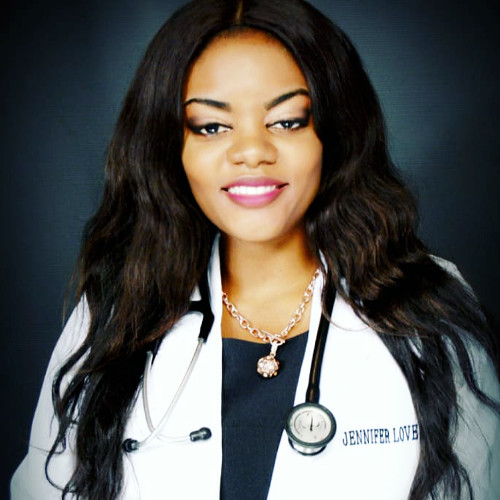 Jennifer Lovelace is a Nurse Practitioner, Model, Radio Personality, Community Activist, Hostess, Motivational Speaker, and aCommunity Leader.  Ms. Lovelace was born in Carrefour, Haiti in 1989 to Juliana Timothe and Roland Lovelace, Ms. Lovelace received her primary and part of her secondary education in Haiti which she gives credit to for keeping her so well grounded in America. At the tender age of 14 years old, Ms. Lovelace moved to the United Stated.

Ms. Lovelace also has a strong influence in the Haitian Community where she serves as a youth ambassador, hostess, founder and President of the Haitian Student Association at Nova Southeastern University” Esans Kreyol”, the CEO of Sister Pink mentorship group, and former President of Renaissance Baptist Church youth group in Broward County where she oversees over 75 young adults under her leadership. She has advocated for several charities like: cystic fibrosis, Cure forCancer, March of Dimes and enjoys volunteering in the community and working with non-profit organization in Haiti. Her Awards include: Top 20 under 40 by the Haitian American Chamber of Commerce, Young Haitian Artist and Entrepreneur Award, Silver Knights Nominees, Outstanding community service award, Excellence Award and so on.  Now days, Ms. Lovelace belongs to several powerful Haitian organizations such as the YOPRO’s, HANA , SANT LA fellow just to name a few. Future plan for Ms. Lovelace includes opening several medical clinics in South Florida and in the Provinces of Haiti in order to help prolong the life expectancy of individuals in her community and the Haitian people.